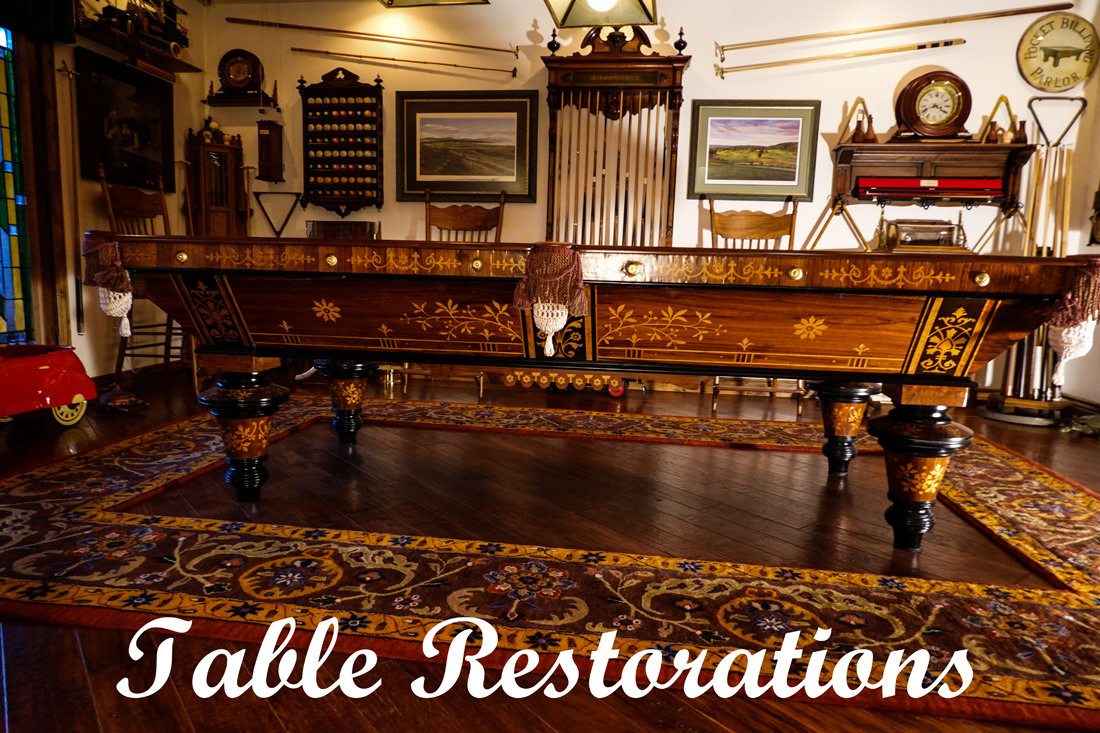 On other pages of this website, I have documented the restoration of my billiard table which is shown above as well as early pictures of 4 generations of Minearts playing pool.  My four sons are all grown with families and homes of their own.  Carrying on the legacy of Minearts playing pool, all of my sons have made a spot in their home for a billiard room and have looked to me to restore a table for them.  The four son’s table restorations shown below were quite the undertaking for a novice like myself. The projects spanned a 4-year period and required traveling the western part of the U.S. to acquire the tables not to mention four trips from Arizona to Indiana to deliver each table.

Frankly, I am not one to sit around. I must be working in the shop to feel my days are complete.  Therefore, restoring these table provided a great deal of satisfaction.  As you look at the four tables pictured below you will see a proud father, four great son’s and four unique tables each well over 100 years old.  The pictures were taken when each of the tables was delivered.  Today, the boy’s billiard rooms are far more decorated to each one’s taste. 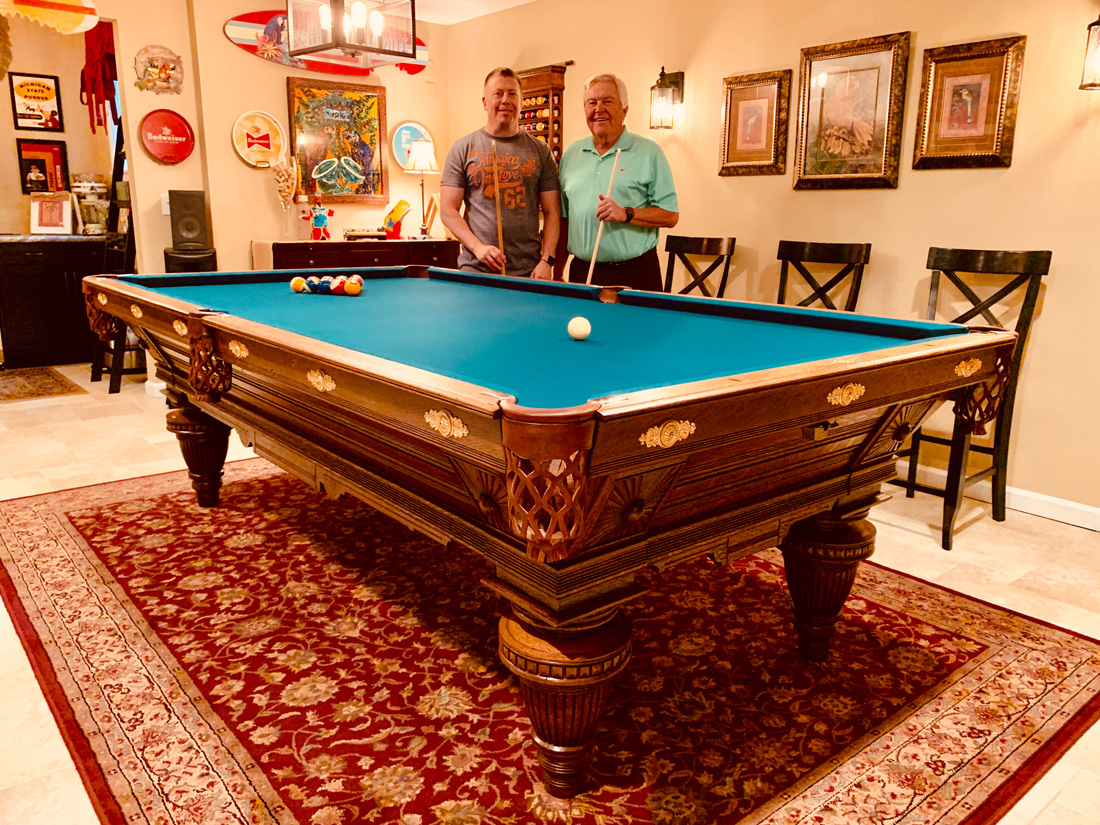 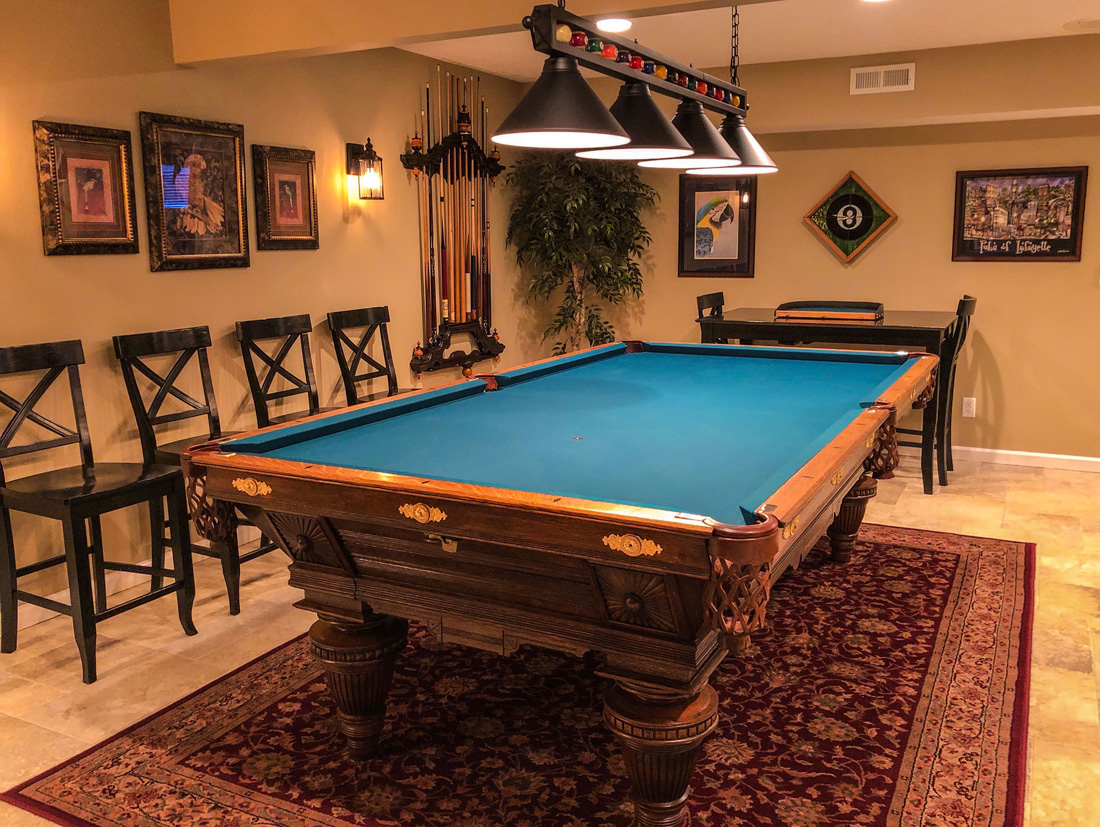 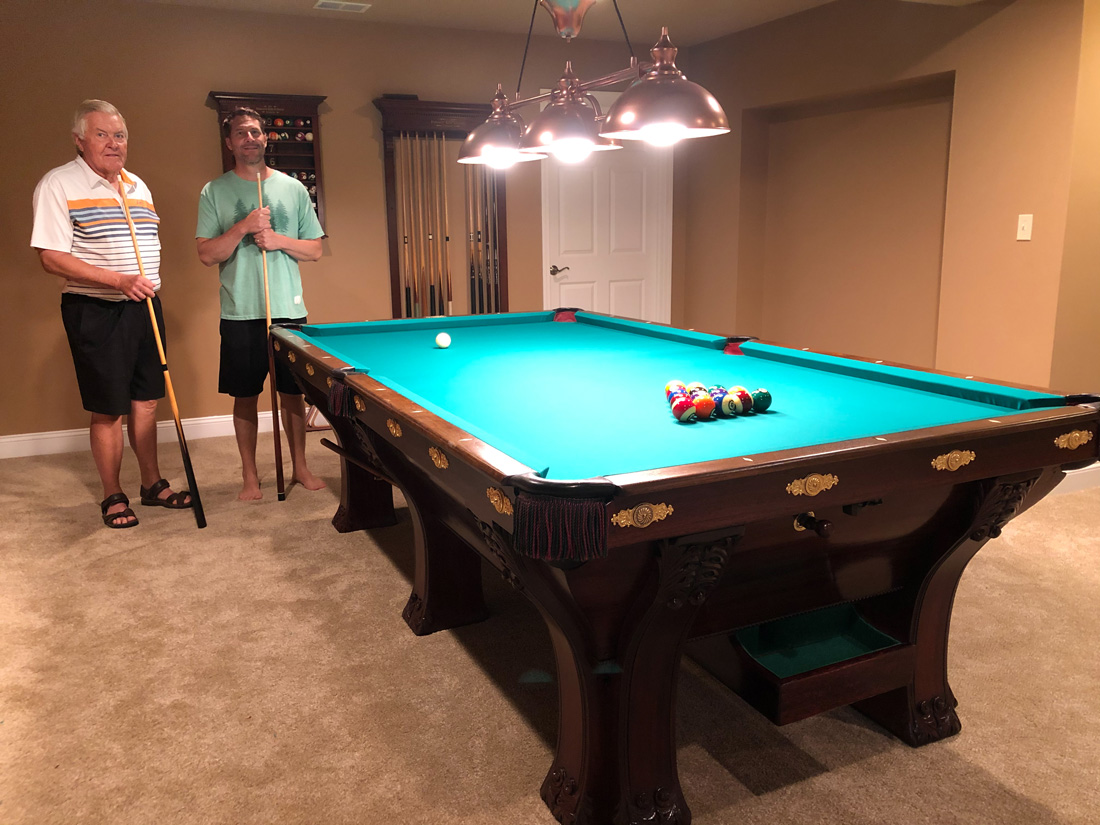 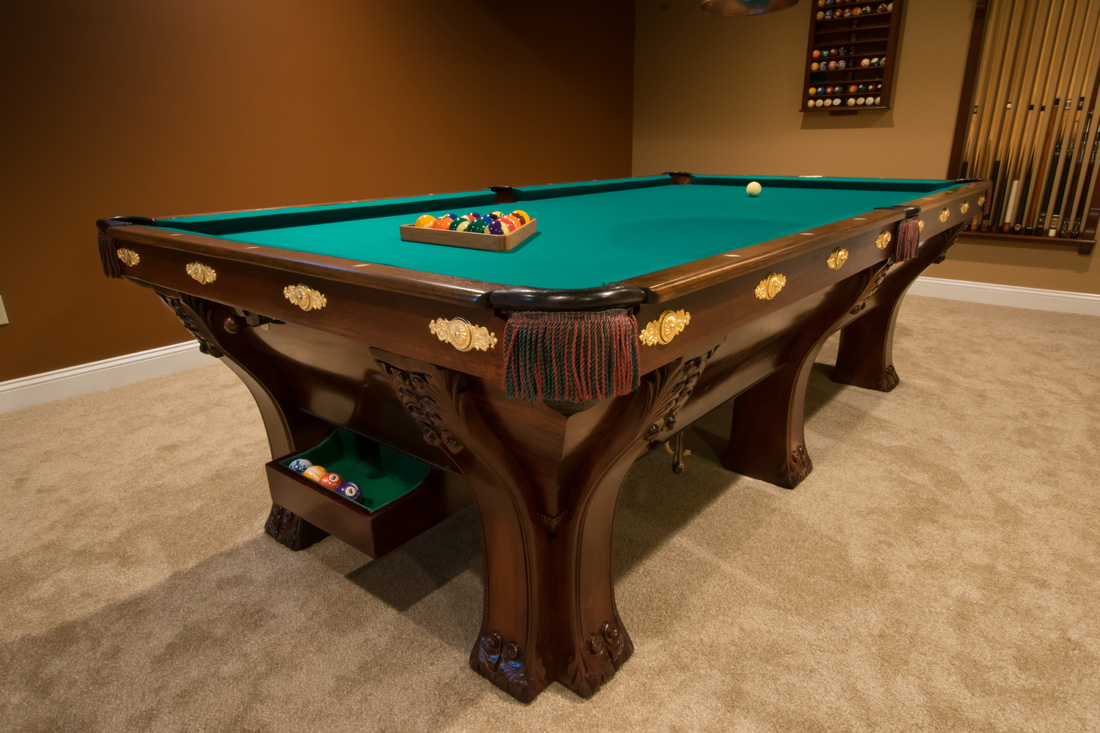 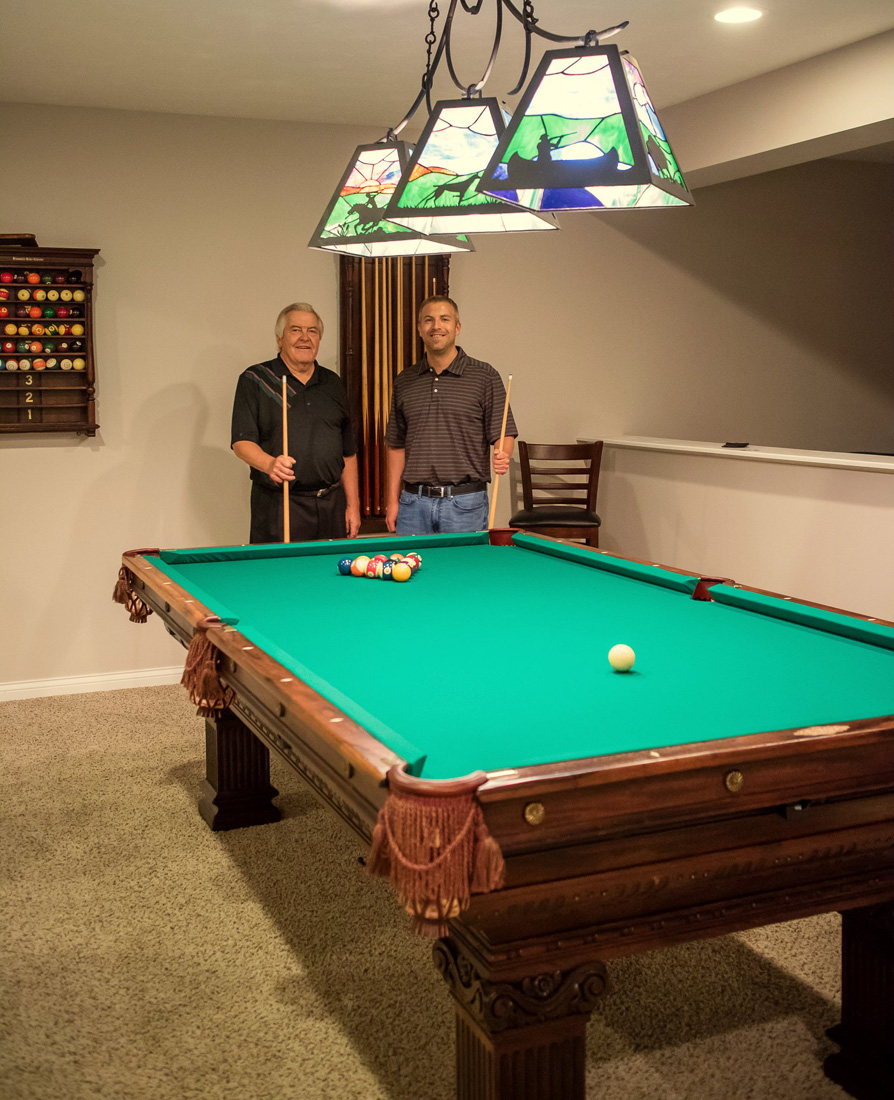 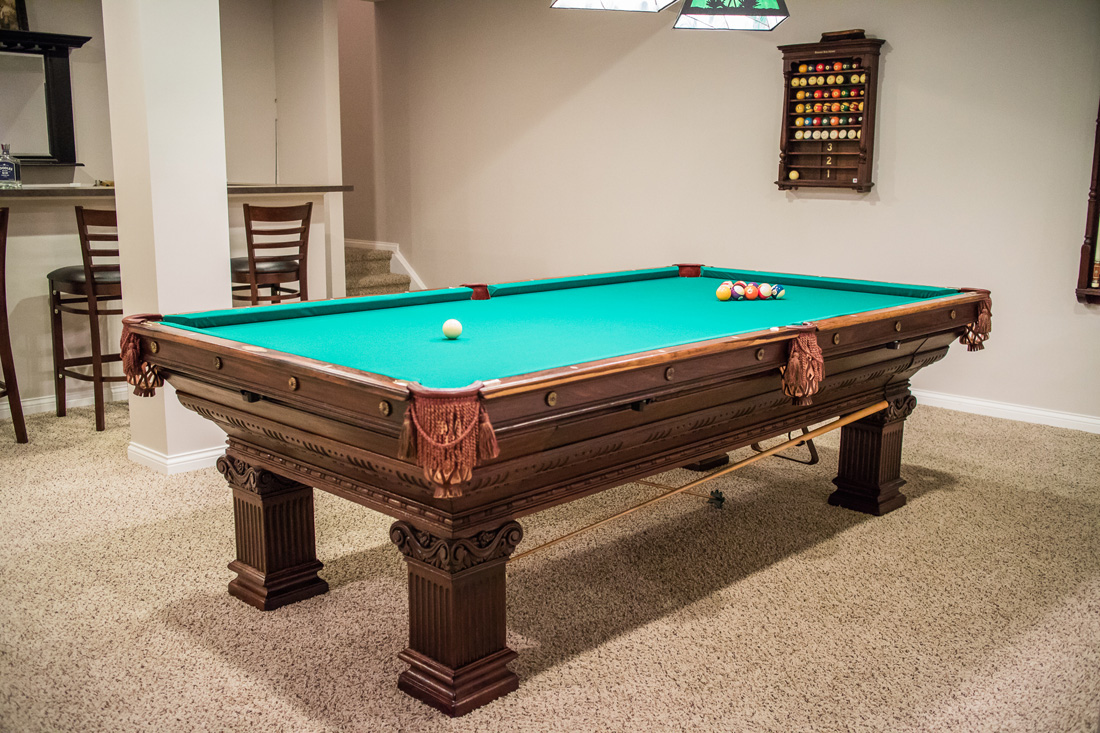 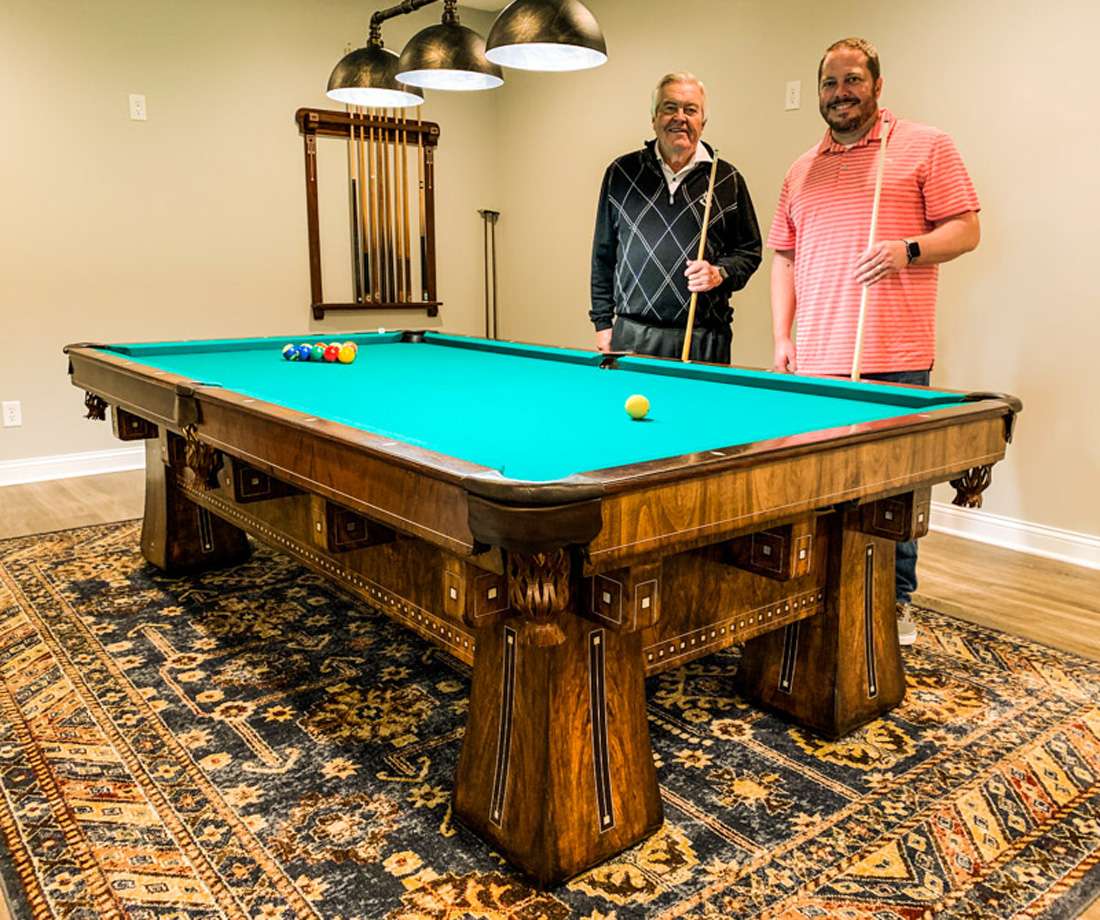 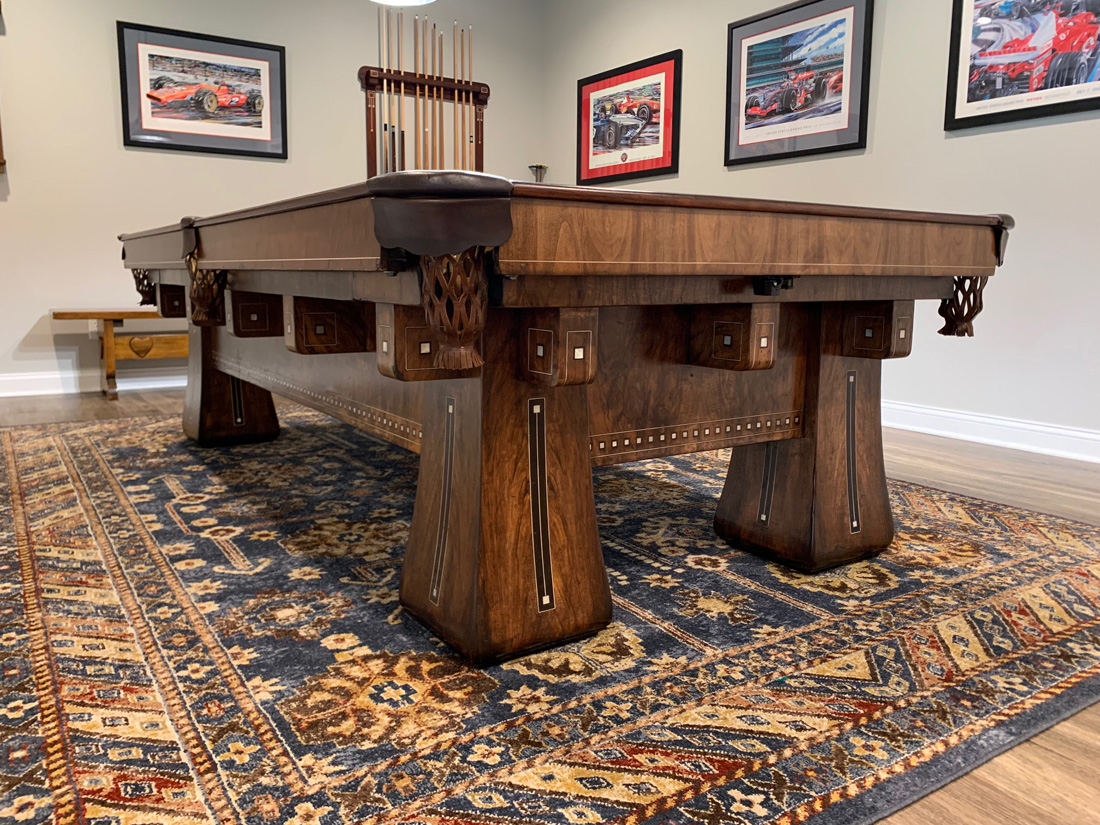